Everything You Need to Know About All the Destiny Changes!

I’m not sure I’ve ever seen this much Destiny news dumped into one place at one time, so I am going to try to do the impossible and give my grand, cohesive thoughts on everything Bungie just shared.

This was more than just another DLC reveal. This was the first official “state of the series” address by Bungie since they split off from their longtime publishing partner, Activision, and took Destiny with them. Everyone has been asking what will be different now that Bungie is on its own. The answer? Quite a lot, actually.

Here’s what’s happening with Destiny as a series, and what I make of all of this:

It’s finally happening. After everyone was suggesting this in some form for the better part of five years, Bungie, now free of whatever restrictions Activision had in place, agrees that it’s time for at least part of Destiny to go free-to-play as a jumping off point to get people hooked on the series.

This will include all of Destiny 2, Curse of Osiris and Warmind, and all the story and even raid content that contains. It also has some sort of Destiny 1-esque starting tutorial mission at the Cosmodrome that I believe emulates the intro of D1 (but this is not a full D1 remaster). 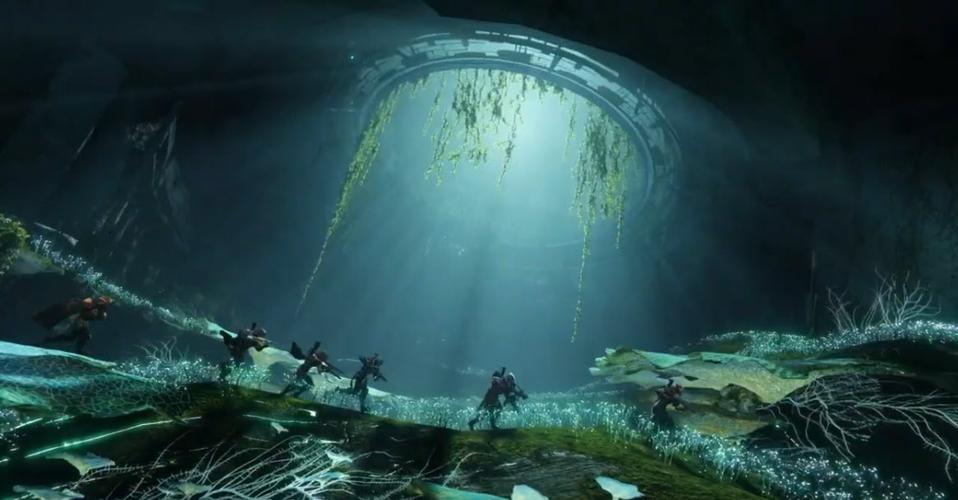 Weirdly, this idea extends past the base game. Bungie noted that you will actually be able to visit all the zones of the world, even from expansions you don’t own, like the Tangled Shore, the Dreaming City and the upcoming return to the moon. A limited amount of content will be accessible there, lost sectors and public events and what not, but in order to flesh those out with missions and raids and such, you will buy say, a “Forsaken pack” that includes that expansion, and perhaps the Annual Pass as well, I’m not sure.

Going forward, everything is going to be a-la-carte, meaning you can buy individual expansions, and even individual seasons, without owning the content that’s come before, avoiding the confusing mess of what you did or didn’t need to own previously in order to play the latest stuff. So right now there are essentially two jumping off points: Destiny 2: New Light as F2P year one, and now everything, D2 year one, Forsaken and all the Annual Pass content, is also on sale for $30, if you want to go a bit further. Shadowkeep will operate like a normal expansion when it arrives this fall, and you can buy it for $35. But you don’t need Forsaken to play it, and will never need a preceding piece of content to buy anything new again, it seems.

I don’t have all that much to say about this other than yes, it’s a very good idea. As you can tell by my non-stop coverage, Destiny is a very addicting game and having a huge chunk of it be free for players is a good move and will bolster the playerbase as they too become hooked and perhaps willing to pay more to keep the experience going. Selling individual seasons is interesting, and it seems to me like the equivalent of buying a Fortnite battle pass, although with a lot more content than just cosmetics included. This is all a good plan, at least in theory. We’ll see how much this manages to boost engagement in a series that while popular, is over five years old now, so retention and acquisition is something of a struggle. But this should help. 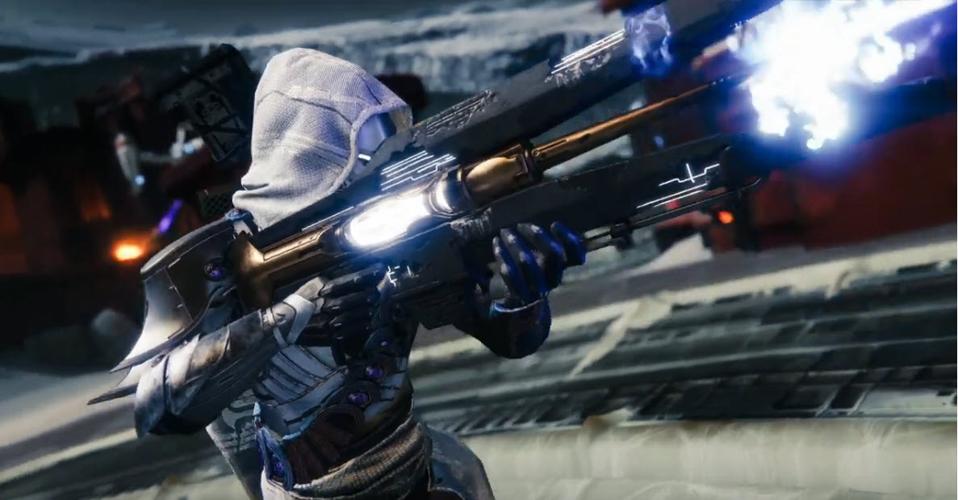 Cross Save, At Last

Perhaps the most pressing news for existing Destiny players was the revelation that the leaks were true, cross save is coming to Destiny, meaning you can jump back and forth across platforms, bringing your guardians with you. In the past day fans were freaking out that Sony reportedly was the lone holdout, but according to a Jason Scheier scoop, Bungie actually met with Sony as late as yesterday to get them to commit to this, which made for a much less awkward stream when Bungie could say that yes, all platforms were on board.

I am not quite sure what this means for cross play. The impression I got was that you can move your accounts back and forth, but I don’t think PS4 players will be queuing up with PC or Xbox and PS4 players will be playing together. But I need to confirm that.

What many people will do with this news is probably switch from console to PC if they can, given that the game performs just so much better at 60 FPS there. Also, this opens up new opportunities for Destiny 2’s partnership with Google’s Stadia, meaning that I can play Destiny 2 when I’m in Michigan visiting family without lugging my entire console or PC set-up there. All good news, and even though this is about to become industry standard across platforms, it still felt like this day would never arrive for Destiny, and it feels good now that it has. 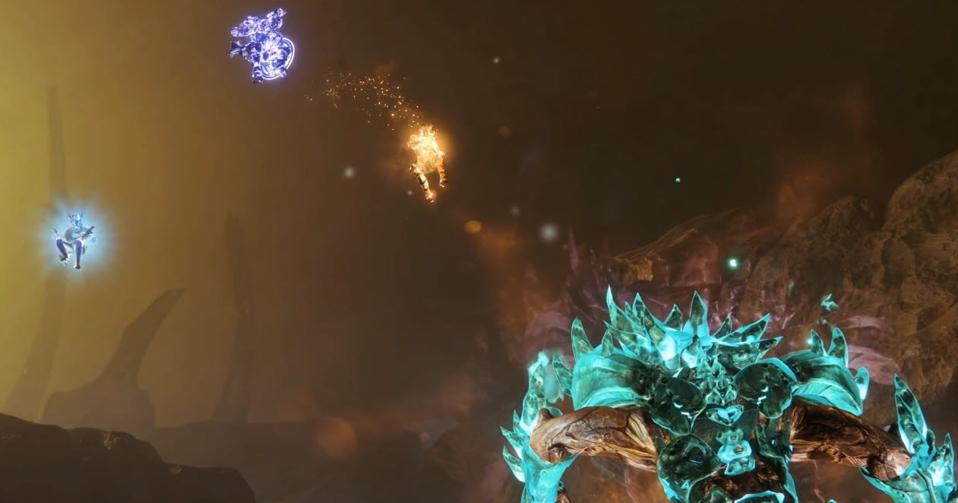 Now we arrive at Shadowkeep, the fall expansion for Destiny 2 and where all this news takes us. The next chapter appears to be an expansion perhaps more Rise of Iron sized than Forsaken, if not a little bigger. We are headed back to the moon in a zone that is twice as big as the old zone from Destiny 1, though I think it includes parts of the former area. We appear to be fighting mostly Hive, but thanks to Eris screwing something up, a dark force has gotten the ability to resurrect old, fabled Destiny bosses. Skolas, Omingul, Ghaul and Crota were shown, among others.

In terms of gameplay, armor is a big focus of this expansion, and there appears to be a total reworking of the system. It’s not exactly transmog, but there is some sort of node set-up in place where you start with the base appearance of the armor, and then add in perks you’ve unlocked to it to create custom sets. Bungie said the words MMO and RPG roughly eleven thousand times today, and it’s clear they are embracing a more technical, customizable approach to character building with a greater focus on stats than the series has had previously. Welcome news for most fans who have been begging them to embrace that for eons. I already love the sound of it.

There are new finisher melee moves, something I can’t tell if that’s cosmetic or part of a skill tree, but there’s nothing quite like seeing a Titan punch an Ogre in the face and sending him spiraling backward. The new raid is in the Black Garden, meaning that perhaps it may not be Hive-focused like we just saw with the new Crown of Sorrows raid in Opulence, even if the rest of the expansion is. There was a new trace rifle shown that creates crit spots. A new hand cannon with a scope that uses special ammo. A heavy power bow. And that was just a glimpse. 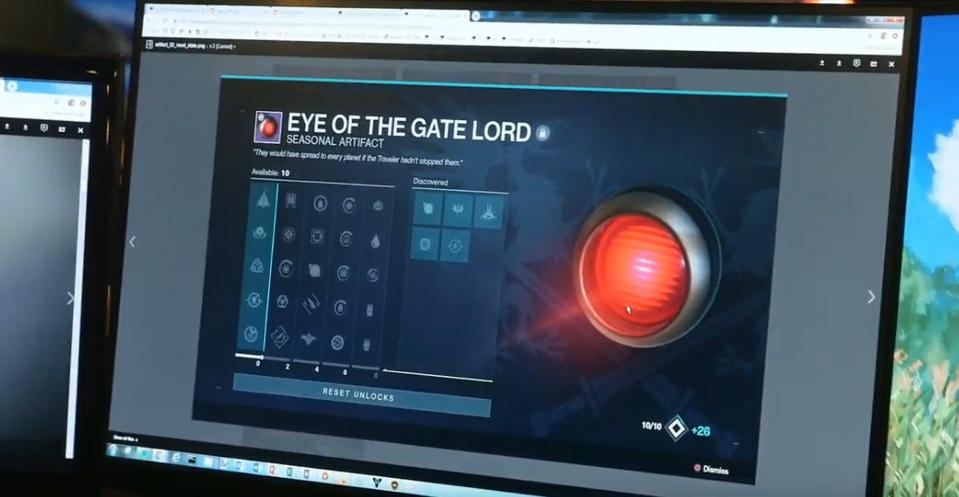 Bungie dodged questions about the return of Trials, implying it’s not coming this fall, but they said they are recommitting to PvP and would make that a focus going forward. They believe that they are going to be able to put out this pace of content we currently find ourselves in even without Activision and its support studios helping. And when asked about Destiny 3, they had nothing to say, only that if that did exist, it would be far, far away. As in, there’s almost no way it’s coming out in fall 2020, which would have been the “old” schedule. But I think that’s fine, and it seems there’s plenty more to do it D2 to come.

There are only a select few pieces of bad news through all of this today. This expansion does seem small enough where we are not getting new subclasses, new trees or a new enemy type, unlike TTK or Forsaken, which is a bummer, but understandable.

The next problem is the release date, as Bungie is sticking with its usual September slot. Unfortunately, September 17 is just four days after Borderlands 3 comes out, and that’s a loot shooter conflict that is going to do no one any favors, so I wish Bungie had gone earlier or later. Covering both simultaneously is going to be a nightmare, but I guess that’s a “me” problem, mainly.

Overall, this wasn’t just an informative, interesting reveal, but a powerful one. You can feel Bungie’s nerves and excitement about the next chapter, and I am looking forward to continuing this ride alongside them.

343 Will be “Much More Communicative” About Halo Infinite

Pikachu-shaped soft candies. Kanro has just introduced a new series to its Puré Pikachu collection of gummies. Rifting off the success of...
1 view
News +

Taking immediate effect in the U.S. YouTube ads will be popping up more and more as we move into 2021. The company announced on its blog ...
0 views
News +

Razer Updates Its Wolverine Controller for the Xbox Series X

New content is also on the horizon for the game. Developer Spiders has announced that its action RPG game GreedFall has sold over 1 milli...
0 views
News +

343 Will be “Much More Communicative” About Halo Infinite

Developer 343 Industries is putting a focus on showing rather than telling when it comes to updates on Halo Infinite's development Develo...
0 views
News +

Looking like a dog with dyed hair. Live-action adaptations can be hit or miss — especially when involving creatures/animals that don’t re...
0 views
News +

Cuphead: The Delicious Last Course Delayed to 2021 Due to COVID-19

Studio MDHR detailed that in light of the challenges presented by development during COVID-19, the upcoming DLC for Cuphead has been dela...
0 views
News +

Digital Extremes has confirmed that Warframe is coming to PS5 this week, with the Xbox Series X/Series S version to follow at a later dat...
1 view
News +

Digital Extremes has confirmed that Warframe is coming to PS5 this week, with the Xbox Series X/Series S version to follow at a later dat...
0 views
News +

Apex Legends Holo-Day Bash is here and it includes weekly cosmetics sales, the return of a fan-favorite mode, and tons of new wintery cos...
1 view
News +

Fortnite is Launching a New Subscription Service for $12 Per Month

Fortnite Crew, which launches in December, will provide players with a monthly assortment of V-Bucks and other premium features. While Ep...
0 views
News +

Show off your Xbox support with a blinging 10-grand necklace. Christmas is fast approaching, and you may be wanting to find some form of ...
0 views
News +

“Wake the f*ck up, samurai. We have a city to burn.” Razer has just opened up its pre-order for a Cyberpunk 2077-edition gaming mouse. Th...
0 views
News +

Square Enix is Allowing Employees to Work From Home Permanently

80% of its workforce will be eligible by December. With much of 2020 plagued by the ongoing coronavirus pandemic, many companies have mov...
1 view
News +

If you’ve managed to get hold of either the PlayStation 5 or Xbox Series X/S but you’re wondering what games you can play to fully utiliz...
0 views
News +

Square Enix is Allowing Employees to Work From Home Permanently

80% of its workforce will be eligible by December. With much of 2020 plagued by the ongoing coronavirus pandemic, many companies have mov...
0 views
News +

The 13-year wait is finally over. After a grueling 13-year wait, fans of The World Ends With You are finally getting a well-deserved sequ...
0 views
News +

Xbox Live Gold and Game Pass Ultimate subscribers, be sure to nab next month's Xbox games with gold before they disappear. Another month ...
2 views